Mims Davies, MP for Eastleigh, visited Hamble based marine engineer Proteum on Friday 18 January, to learn more about the company and share insights on the challenges and opportunities presented by Brexit. The company is part of UK engineering services firm, SC Group, and serves a worldwide customer base.

Mims Davies was welcomed by Nick Ames, CEO of SC Group, Shaun Mitchell, Group Finance Director of SC Group, Jeremy Paul, General Manager of Proteum and Robert Talbot Rice, a Non-Executive Director, as well as the Proteum Team. In a tour of the facility she saw the wide range of commercial marine diesel engines, including the OXE Diesel, the world’s first high performance diesel outboard, for which Proteum acts as distributor and supports with high quality technical services.

“It was great to visit the Proteum UK team in Hamble on Friday & chat about their specialist local jobs, supporting STEM subjects & the need for more women engineers.

“We also had some really productive conversations about the issues, opportunities & challenges around Brexit. As I’ve said many times before, it’s always great to hear from local businesses about what matters to them locally and nationally, with the majority of Proteum’s Hamble workforce living locally.

“I’ve spoken to the Business Secretary since returning to Westminster to raise some of the areas discussed with the Proteum Team, and will continue to support them and other businesses as Eastleigh’s MP.”

“We were pleased that Mims Davies was able to meet with us at Proteum and hear her views and observations on the implications of Brexit on businesses such as ours. It was a valuable opportunity for us to brief her on the impact Brexit has had on Proteum’s business so far and our concerns for the future”. 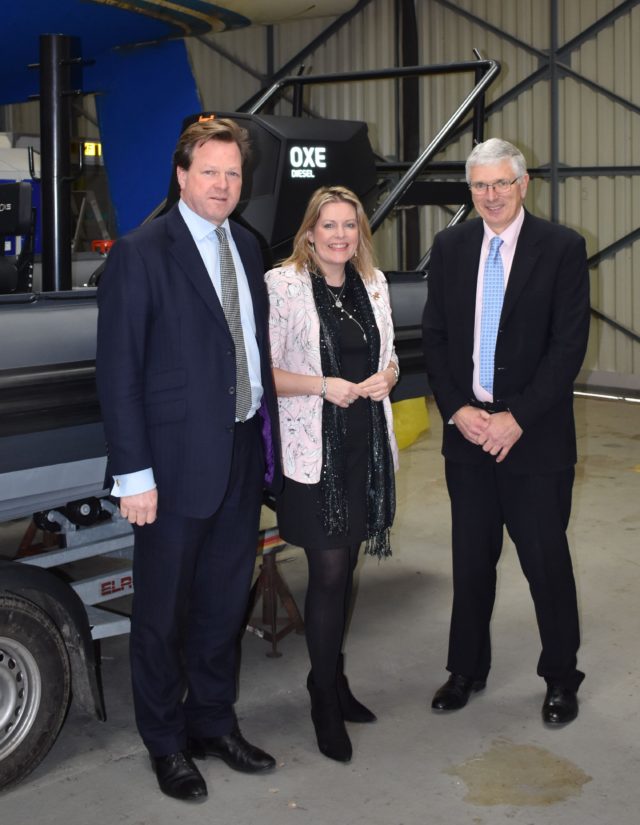