Supacat was delighted today to be represented at the ceremony handing over the first Boxer Combat Reconnaissance Vehicle to the Commonwealth at Gallipoli Barracks.

Supacat has been involved with Rheinmetall on the LAND 400 program since 2015.  To date the contribution has largely been on engineering, trials, prototyping and testing, but as the program has moved into the production element, Supacat has commenced design and build activities.

The first Boxer CRV is fitted with external racks designed by Supacat specifically to cater for the Australian Army’s requirements.  The racks were designed by the Supacat engineering team in Port Melbourne and have been delivered from Supacat’s assembly facility in Western Sydney.

In delivering these first parts, Supacat drew on the  expertise developed through its delivery of its HMT programs in Australia and New Zealand in partnership with Australian SME’s under the Supacat Team Asia Pacific banner.  These first deliveries exercised the skills of a number of Australian SMEs including Able Industries, Hoffmann Engineering and C.E. Bartlett.  Supacat’s involvement in the program clearly illustrates the benefits of the enduring capability developed as a result of Defence Industry policy.

Michael Halloran, Managing Director, Supacat, said “It’s an exciting day for all of the members of the Rheinmetall LAND400 team.  This is just the start of a long production run, and as MILVEHCOE opens in 2020 and the full production capability evolves on Australian soil, we look forward to growing our part in the program.”  Mr Halloran added, “We are also very excited to be entering the RMA stage of LAND400 Phase 3 and supporting the Rheinmetall team through that process.” 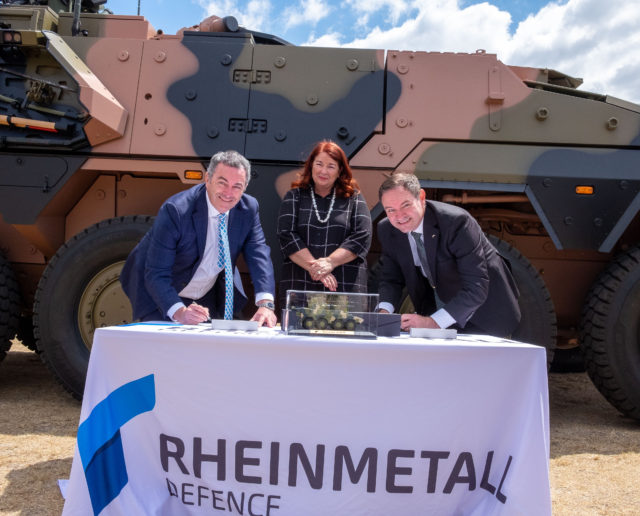