Supacat has recently supported the MoD’s Top Gear filming activities with the provision of demonstrator vehicles.

Due to operational commitments, the MoD was unable to provide any of their Jackal vehicles to Top Gear so Supacat stepped in to help out.

The theme of the feature centred around Jeremy Clarkson being “hunted down” by the Army in a range of military vehicle (including the Jackal). He was in a Mitsubishi EVO that was caught by the Army vehicles and destroyed in a variety of ways (including being shot at on the ranges).

The Jackal proved to be the only platform that could keep up with the EVO cross-country and as a result, was at the forefront of the mobile filming activity. The show is due to be screened on Sunday July 12th. 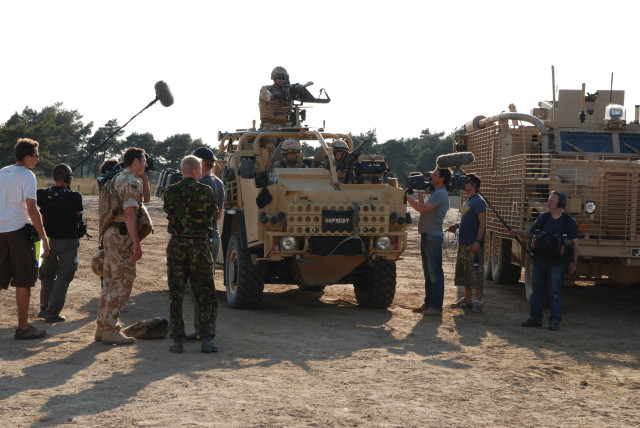