SC Group’s Engineering Director and Chief Engineer, Steve Austen, has been awarded Engineer of the Year in the Institution of Mechanical Engineers’ Wessex Region Engineering Excellence Awards held on 9 October 2015.

Steve was nominated for his work in his former role as Head of Engineering Support at the RNLI in Poole, where he led the team to develop the new Shannon Class Lifeboat and Launch & Recovery System. The latter was jointly developed with Supacat, who recently launched a new SC Group brand family in which SC Innovation is the brand delivering the RNLI project and solutions for non-defence customers.

On his award Steve said, “I’ve been fortunate to lead fantastic teams at the RNLI and now within SC Group to deliver this project. The team behind the Launch & Recovery System will be at next month’s Advanced Engineering show where we are launching the new SC Innovation brand offering engineering equipment design for challenging sectors such as marine, oil & gas, nuclear and renewables. I am honoured to receive this award from the Institution and will continue to support the important role it plays in promoting the relevance of engineering in our daily lives and encouraging young people to select it as a career”.

Congratulating Steve on his award, SC Group Chief Executive, Nick Ames said, “We are very proud of Steve and delighted that his superb project leadership and engineering achievements have been recognised by his peers from the Institution of Mechanical Engineers”.

As part of the Institution’s commitment to improving the world through engineering, the awards celebrated engineering talent from across the region, showcasing the ground-breaking work undertaken by individuals and organisations across multiple industrial sectors.

Please click image below to open in a larger viewer

Supacat, a part of the newly formed SC Group, is the new sponsor of the British Army Motorcycle Racing Team, which is competing in the national endurance championships with four multi-rider entries represented.

Endurance is a challenging, team oriented circuit racing discipline where events are conducted over a number of hours requiring teamwork, preparation and engineering excellence to be successful. The winning team completes the highest number of laps in the allocated time.

Supacat’s relationship with the British Army team started at the Donington Park international race circuit on Saturday 10 October. The four Army teams raced for three hours with two of the teams holding top 10 positions for much of the race. Despite encountering some challenges including injuries and mechanical failures, all of the teams successfully crossed the line with respectable final placings with Army Team 2 finishing in an impressive 12th place overall. Donington was the last round of the season so the result also secured 2nd place in the national championship for Team Army 1.

As well as becoming new sponsors, Jamie Clarke, Head of Marketing and Communications for SC Group took part as a guest rider with Team Army 1 riding a Suzuki GSXR 1000. Himself a former British Championship rider, Jamie coordinates the Group’s marketing activity including Supacat’s sponsorship of Army sport through the charity, Team Army.

Jamie said: “We’re exceedingly proud to be involved in such a fantastic venture. It’s great to see four Army branded teams out there pushing the limits and achieving so much and even better that they now have the Supacat logo on their bikes”.

He added: “to guest ride has been a particular honour and I’m very grateful to the team for offering up this opportunity. It’s been 13 years since I last raced so taking part has been a challenge but we overcame a number of issues to cross the line at the end of three exceedingly hard hours. I’d like to wish our 3rd rider, Loz Williams, a swift recovery after badly breaking his leg in a qualifying accident and congratulate Team Army 1 for securing 2nd place in the championship as a result of our ride”.

Major General Mark Gaunt, Chairman of the British Army Motorsport Association said: “I never cease to be impressed by Army motorcyclists. Clearly this is a sport that requires the ultimate concentration and bravery as well as a true commitment in terms of time and money. Motorsport is expensive and we need sponsorship.  Without it soldiers would not be able to compete at this level.  We are therefore hugely grateful to Supacat and Team Army for their help.  I am also very pleased that Jamie Clarke was able to ride for us and that he and the team finished safely and so high up the rankings.  Superb news and a great way to complete the 2015 season, we look forward to continuing the relationship in 2016”.

Click on the images below to open a larger sized viewer: 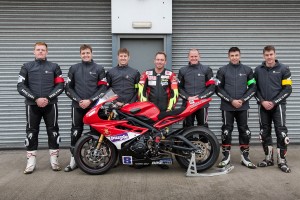 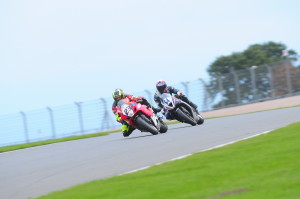